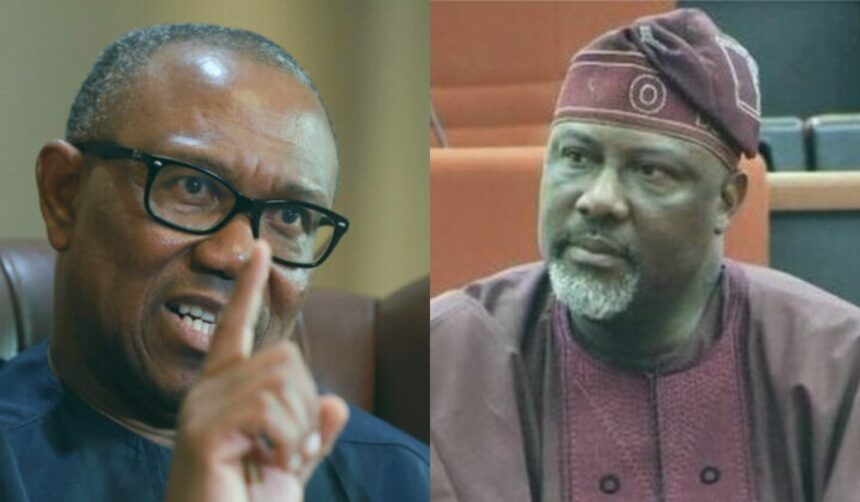 The presidential candidate of the Labour Party, Peter Obi, has slammed the spokesman of the People’s Democratic Party, Dino Melaye, over his backhanded mockery of Obi’s supporters.

The event took place at the Townhall meeting of the Arise news television on Sunday night, 6th November.

The Labour Party presidential candidate, Peter Obi was seen losing his cool at Dino Melaye as he narrated Obi’s supporters as “noisemakers” on stage.

As the event was ongoing, obi lost his temper and dashed out at spokesman Dino Melaye while he defended his supporters and advised Dino Melaye to stop, saying that it was enough and he could no longer take it.

In Obi’s words: “I won’t take this.” This colonel is an NNPP person, and you’re saying it’s Obi people. Dino, please stop that!

Obi further stated that he has taken enough from him and always calls out his name.

”I have taken enough from you here. Why are you always calling my name?”