Ahead of the 2023 general election, a stalwart of the All Progressives Congress (APC), Ibrahim Masari, has alleged that Nyesom Wike and some governors elected on the platform of the Peoples Democratic Party (PDP) will be working for Bola Ahmed Tinubu.

Masari held the place and vice-presidential candidate of the APC until Senator Kashim Shettima’s announcement as Tinubu’s substantive running mate.

Wike has been at loggerheads with the PDP days after he failed to emerge as the party’s flagbearer.

The Rivers governor lost out to Atiku Abubakar in the primary election, which was held at the National Stadium, Abuja.

Wike accused some PDP governors of betraying him for Atiku.

In a recent media report, Wike allegedly held a meeting with Tinubu.

However, photos emerged on Thursday, August 25, showing former president Olusegun Obasanjo, Atiku, Wike, Peter Obi in a frame after a meeting in London. 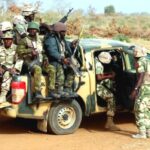 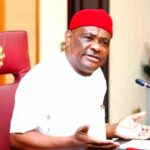