Six passengers on the ill-fated Abuja-KadunaAK9 train on Wednesday regained their freedom after about four months of abduction by bandits.

According to the negotiator, Tukur Mamur, the hostages regained their freedom after the intervention of controversial Islamic cleric, Sheikh Ahmad Gumi, and a serving northern senator who craved anonymity.

Mamur, in a statement first seen by DailyTrust, noted that Gumi was moved with compassion after a video of the bandits beating the abductees.

“Disturbed by the gory videos images of four teenage children belonging to the same family he saw in the last video released by the attackers of the AK9 Train, Sheikh Dr Ahmad Gumi, for the first since the abduction of the innocent passengers of that train over four months ago has reached out to the abductors through his Media Consultant, sent Allah’s messages to them and consistently pleaded with them to consider the release of the poor children and their innocent parents.

“It was learnt that the health condition of two of the teenage children has deteriorated since the flogging incident that affected their helpless father,” Mamur said.

Meanwhile, family members of some of the abductees who are still in detention have continued to demand the release of their loved ones. 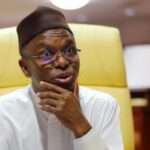 El-Rufai: ‘No going back to PDP, not even my corpse’
Next Article 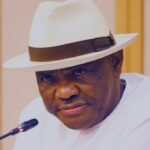