Yoruba socio-political group, Afenifere, has said that its resolve to support Peter Obi, the presidential candidate of the Labour Party, remains unshaken.

Afenifere leader, Pa Ayo Adebanjo, disclosed this in an interview with ChannelsTV on Monday, while reacting to Bola Tinubu, presidential candidate of the All Progressives Congress (APC), visit to Pa Ruben Fasoranti.

But Adebanjo insists that Tinubu’s visit holds no significance as the group had agreed to support Obi for equity.

“South-South has had its own and I said it is remaining the South-East,” he noted.

“There is nothing going on other than an attempt to split Afenifere to which I will not be a party. It is a sort of conspiracy among those who want to see Afenifere divided,” Adebanjo said.

“They have been on this plan for over a month ago and my members came to me to alert me about it, and I said, ‘Don’t talk about it. It would be a diversion. All we want now is an election on issues. 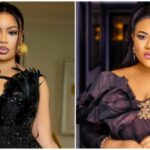 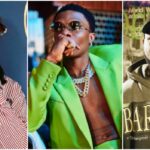 I’m richer than you all, address me as sir – Wizkid tells Nigerian musicians