Amanda Azubuike has been promoted from the rank of Lieutenant Colonel to Brigadier General by the US Army.

Born to a Nigerian father and a Zimbabwean mother, she was promoted at a military base in Fort Knox, Kentucky, USA.

Describing her promotion as an honour, Azubuike noted that America remains a country worth fighting for.

“I recognise the gravity of this moment. I recognise the responsibility, the expectations, as well as the scrutiny that comes with this promotion,” Azubuike said.

“I’m honoured to be selected to serve at this level and feel fortunate to serve in my current position. I believe I can contribute here in a meaningful way.

“I joined the US military before I was even a US citizen. But I always knew this country was great, that it was worth fighting for. And that it is truly the land of opportunity. I’m very proud of my heritage, and my ethnic roots but I’m equally as proud to be an American.”

James Rainey, the Commanding General of the US Army Futures Command, described Azubuike as an exceptional officer and an inspiration to many.

Azubuike got enlisted in the US Army in 1994. 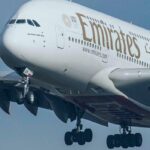 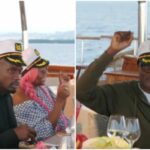