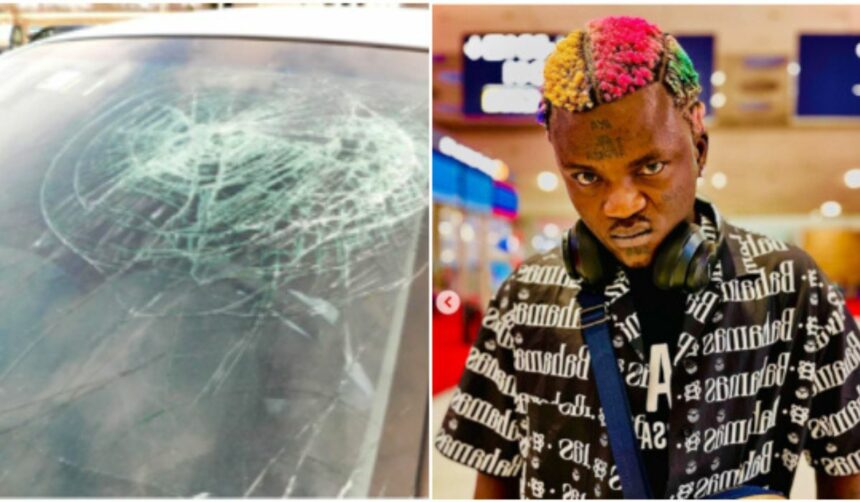 The incident reportedly occurred in the Ijegun area of Lagos State on Sunday, November 6, according to Linda Ikeji’s Blog.

Videos of the incident showed the visibly angry singer searching for the person who destroyed the windshield of his car.

In one of the clips, Portable, who was shirtless, threw punches at a man he believed had vandalised his car.

Even when bystanders pleaded with the singer to calm down, he refused to listen to their pleas and kept raining curses on those responsible for the act.

The clash has generated reactions from Nigerians on Instagram, who faulted those responsible for the vandalism.

Chu6x Ayeaah said: They be doing this guy dirty. Now he will use the money they paid for show to buy windshield …… Ijegun people una nor show love ohh na Reap una don reap our guy again….. well, Akoi grace, Akoi he will bounce back.

Another Instagram user, Sochee _mah, questioned why people would do such a thing to Portable, who is friendly with fans.

“But he tries for the street na. It be your own people sometimes,” he stated.

At press time, it was unclear how the matter was resolved.

Tinubu deserves empathy over his health – Fani-Kayode
Next Article

‘If you don’t drive a good car, don’t say hello to me’: Actress Monalisa Stephen says