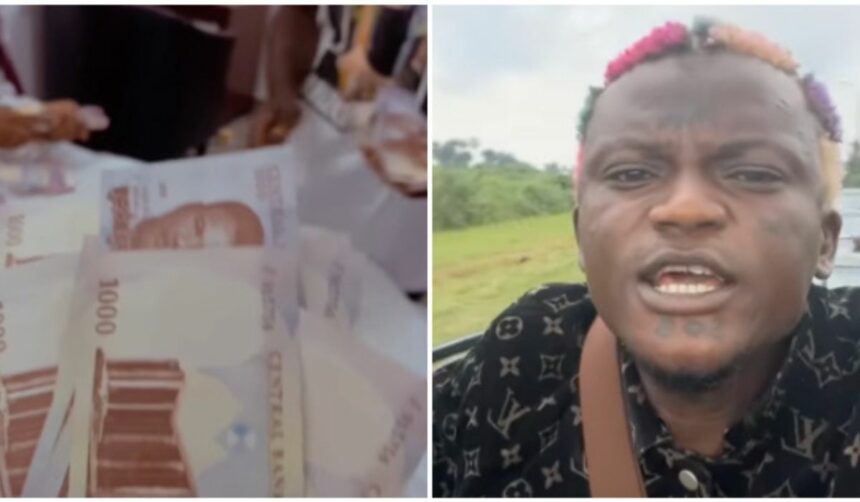 Nigerian singer Portable could not hide his disappointment after a fan at a club in Port-Harcourt sprayed him with counterfeit naira notes.

The singer shared photos of the fake notes on his Instagram handle, which were in one thousand naira denominations.

READ ALSO: Wedding bells as singer Portable is set to marry his pregnant side chic

Portable was heard raining curses on the man over the incident.

However, an aide of the singer said the man who sprayed the counterfeit notes was from the Republic of the Niger.

The singer then asked his aides to tear the fake notes.

READ ALSO: Portable cries out after he was reportedly attacked by a fan in Lagos club

In another news, a video has emerged showing Portable’s wife and the singer’s pregnant girlfriend hanging out.

The clip seems to confirm the rumour that the singer’s pregnant side chick is residing in his matrimonial home.

The lady, known as Keji, recently declared via her Instagram page that she loves portable’s wife.

The mother-to-be also stated that the singer’s wife loves her in return. 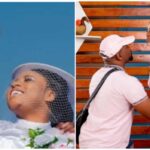 Mr Ibu’s daughter announces end of her 9-month-old marriage, says husband lied to her
Next Article 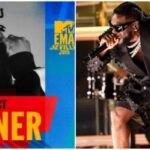