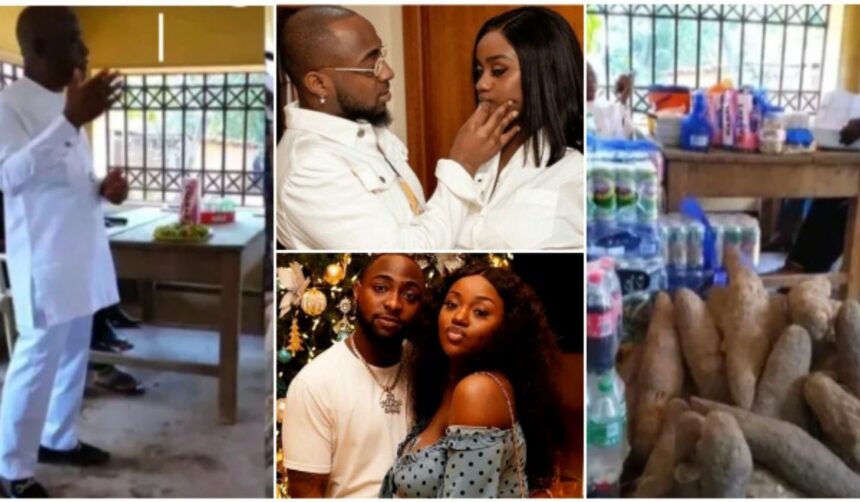 Emerging reports claim that singer, Davido, has fulfilled the traditional marriage rites by paying the bride price of his lover, Chioma Rowland.

Photos shared online showed several tubers of yam, drinks, and other items reportedly bought as part of the ceremony.

A man said to be Chioma’s dad could be seen in the photos shared online, performing the traditional rites.

Meanwhile, Davido and his lover Chioma Rowland are expecting another child in the next seven months, according to Nollywood actor Uche Maduagwu.

READ ALSO: ”I hope it never happens to you” – Davido replies man who blamed him for his son’s death

Both lovers recently lost their three-year-old son, Ifeanyi, who died of drowning at his father’s residence in Lekki, Lagos state.

The couple had been in mourning and recently came to social life after withdrawing from public life for weeks.

“You voted for me, but you have no right over my life” – BBNaija’s Phyna warns fans
Next Article