Atiku Abubakar, the presidential candidate of the Peoples Democratic Party (PDP), has been under fire over his recent comments on who should take over from President Muhammadu Buhari in 2023.

President Buhari, who hails from Daura in Katsina state, would have spent eight years in office by May 29, 2023.

As stipulated by the constitution, he is expected to hand over to a duly elected president after spending two terms of four years each in office.

Speaking at an Arewa Policy Dialogue in Kaduna during the weekend, Atiku asked the north to vote for a northerner and not an Igbo or Yoruba candidate in the 2023 presidential election.

Bola Ahmed Tinubu, a former Lagos governor, is seeking to be president on the platform of the All Progressives Congress (APC) while Peter Obi is contesting for Nigeria’s top job on the Labour Party’s mandate.

“I think what the average northerner needs is somebody who is from the north, and who also understands the other parts of Nigeria and who has been able to build bridges across the rest of the country,” Atiku declared.

APC has described Atiku’s comment as highly inflammable and insensitive to other sections of the country.

In a statement by Felix Morka, the APC publicity secretary, the ruling party accused Atiku of placing his ethnic and sectional obsession above Nigeria’s unity.

“Atiku’s words ring loud of extreme and mindless desperation and such an extremely desperate man cannot and must not be entrusted with the most important job of President – a job whose core duty is that of leading, uniting and working in the best interest of all in an ethnoreligious, pluralistic society as Nigeria. Our country does not need this kind of highly inflammable rhetoric now or ever.’’ 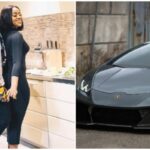