Iyorchia Ayu, the national chairman of the Peoples Democratic Party (PDP), has said that Atiku Abubakar will defeat other presidential candidates in the 2023 race by a minimum of seven million votes.

Ayu disclosed this at a PDP stakeholder meeting in Bauchi on Wednesday, October 5.

Aside from Atiku, the two popular candidates in the race to the villa are Bola Ahmed Tinubu of the All Progressives Congress (APC) and Peter Obi of the Labour Party.

Ayu described the PDP as the strongest party in Nigeria adding that its presidential candidate has all it takes to lead Nigeria out of the woods.

“Today, we see that the PDP is the strongest party in Nigeria. Those who have been building imaginary rallies; today, it was not a rally, it was a reception, but we saw the number of people that came out like bees. That is to tell you that the PDP is strong on the ground, we don’t want to be strong on social media, we don’t want to be strong only on manipulated images on television, we want to see the real people,” Ayu said.

“Atiku Abubakar will move to the Villa and we will rescue the country from all the damages that the present government has done. On that day (election day), we will shock Nigerians, the victory margin is going to be seven million votes,” he added.

Meanwhile, the Rivers state governor, Nyesom Wike, has rejected all moves to curtail the crisis rocking the PDP until Ayu resigns his position. 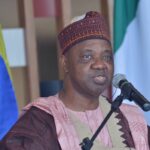 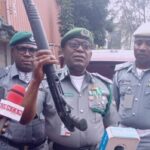