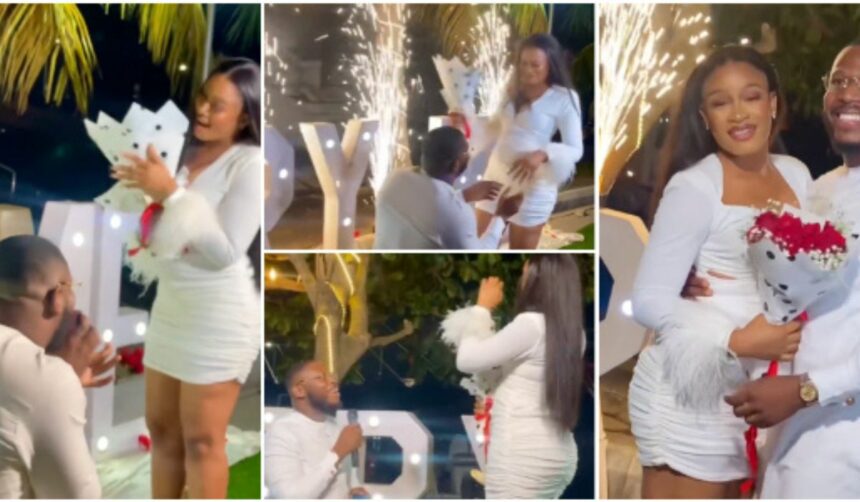 Wedding bells are ringing for Big Brother Naija star, Chukwuemeka Okoye, popularly known as Frodd, after he proposed to his girlfriend, Chioma.

A video of the romantic moment, which was shared on Twitter, showed Frodd and his girlfriend dressed in white as he knelt on one knee with a ring in his hands.

After her asked her to marry him, he slid the ring on her finger, then stood up and kissed her.

Shortly after the proposal, the couple posed for pictures to celebrate the happy moment.

In another news, a former Big Brother Naija housemate, Pere Egbi, has caused controversy on Twitter after he declared that the institution of marriage is a scam.

“Marriage is a scam.”

Still on entertainment, reality star, Uriel Oputa, has advised women to stop depending on men for financial assistance.

In a social media post, the reality star stated that it is important for women to become independent.

She stated that women should also try and spend on their lovers, noting that doing such attracts appreciation from men.

He used juju on me – Actress Dorcas Shola Fapson speaks on relationship with singer, Skiibii
Next Article 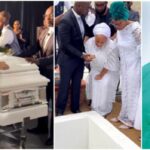