Nigerian actress, Nkechi Blessing Sunday, rattled the audience at a recent event when she twerked in front of the Ooni of Ife, Oba Adeyeye Enitan Ogunwusi.

Nkechi later claimed that the Ooni thanked her for making the event interesting.

READ ALSO: Nkechi Blessing gets warm reception as she visits Ooni of Ife

In another news, Nkechi Blessing has shared photos of the brand-new Range Rover sports utility vehicle she bought.

In a post via her Instagram handle, Nkechi disclosed that she bought the car one year after selling off the same brand of car to complete a building project. 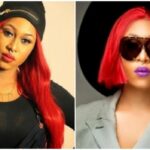 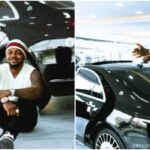