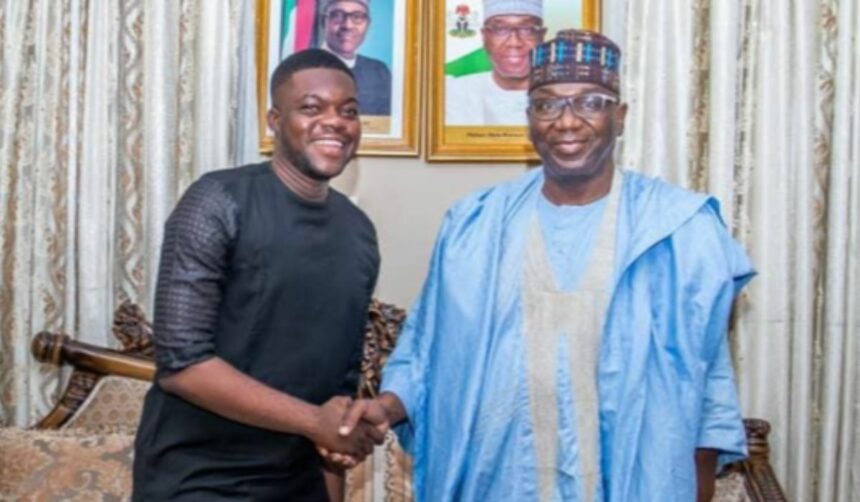 A popular skit maker, Cute Abiola, has become a top government official following his appointment as an aide to the governor of Kwara, AbdulRahman AbdulRazaq.

The Kwara state government announced the appointment in a short statement via Twitter.

“The Governor has also appointed Abdulgafar Ahmed Abiola, known in the public as ‘Cute Abiola’, as Special Assistant on Creative Industries. Cute Abiola is a household name in the fast-growing skit (comic) industry in Nigeria,” part of the statement read.

The skit maker was also seen shaking the hands of Governor AbdulRazaq in a photo that accompanied the post.

Some Twitter users have been congratulating the skit maker on his new role. One Tweep, @kwarapolyoracle, said cute Abiola deserves the appointment.

“Celebrate you and say congrats on your newly appointment,” he stated.

Cute Abiola was a former Navy personnel who found himself in trouble several times for flouting the armed forces’ social media policy.

He faced several disciplinary panels for his use of social media during service.