The Department of State Services (DSS) has confirmed the arrest of a suspected terrorist at the Trademore Estate in Lugbe.

Adewale Adenaike, chairman of Trademore Estate, phase 3, had informed the media of a sting operation in the area allegedly by the DSS and some personnel of the United States Army.

Adenaike said he got to know about the arrest after he was interrogated by a team of “heavily-masked DSS guys” at the entrance to the estate.

“And because they were DSS and with the American army, I had nothing to say. I just said ‘okay, they had to do what they had to do,’ he said.

“And when they finished what they were doing, all we saw was them driving away with a couple of people from the estate.”

In a reaction, a spokesperson of the DSS, Peter Afunanya, said the US army had no business with the operation.

“No joint operation between DSS and any other country’s military took place in Abuja,” Afunanya said.

Meanwhile, security has been beefed-up across the capital city in view of the recent security alert released by the US government.

This is even as the US has begun the evacuation of its citizens from Nigeria over a likely terrorist attack in Abuja. 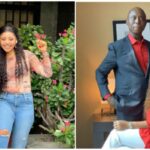 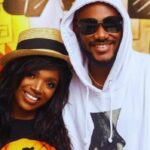 This is true love: Annie Idibia reveals why she will not leave her husband, 2baba