The Federal Government has informed Nigerians about the possibility of more floods in the coming days.

This was the thrust of the workshop on Hydro-meteorological status and outlook system (HydroSOS) organized by the Nigeria Hydrological Services Agency (NIHSA) and Nigerian Meteorological Agency (NiMet) in Abuja Tuesday, October 11.

According to the Director-General of NiMET, Professor Mansur Matazu, recent flooding in most parts of the country is due to the spillage of excess water from reservoirs.

“In terms of the rainfall-induced floods, we’ve seen the peak but remember we told you that this rainwater gets collected into the reservoirs and dams, and whenever they are filled, it gets spilled. So, on the the13th of September, the Lagbo Dam was released. And also, Kainji and Shiroro dams were also released. So, what we’re witnessing now is riverine flooding” Matazu said.

“And from the information, we’re getting from NIHSA we’re going to see more floods. And now the rain is concentrating on the North Central and the southern states. So that will be a combination of short duration, high-intensity rain, which riverine flooding.

He warned that this year’s flooding may result in food insecurity, cause a strain on livelihoods, increase health risks and conflicts in many parts of the African continent. 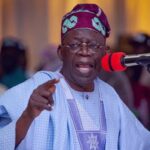 Tinubu: Pdp Is a ‘Political Party Of Termites’
Next Article 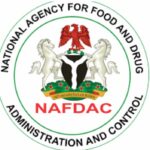