Disc jockey Cuppy seems to have fallen deeply in love with her fiancé, Ryan Taylor, who she met less than two months ago.

Cuppy, who has been excited about her lover, in her Instastory declared that said she couldn’t wait to get married to Ryan.

He also questioned why the disk jockey fell in love with someone in less than a month. Freeze’s warning has also been shared by some Nigerians who have expressed doubts about her UK lover.

In another news, Nigerian singer, Speed Darlington, has claimed that disc jockey, DJ Cuppy turned down his advances for reasons best known to her.

The musician speaking in a video he uploaded online, questioned why the disc jockey decided to date another guy.

Darlington said he hopes that her relationship with Ryan Taylor is based on love and not because of peer pressure from her daddy. 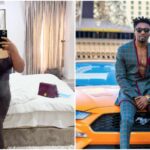 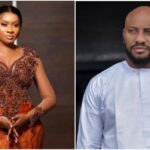