Florence Ifeoluwa Otedola, popularly known as Dj Cuppy has said she does not know how to cook.

She made the statement in a post via her Instagram handle shortly after losing a cooking competition to Chunkz, a social media personality and TV presenter.

Cuppy and Chunkz were in a contest to prepare yam and egg cooking while her mum served as the judge, but Cuppy lost to the media personality.

Following her defeat, the disc jockey admitted that her cooking was below par. She then told her fiancé in a post that he should pray she never cooks for him.

In another news, Nigerians were surprised when DJ Cuppy, took her love for the colour pink to the next level by preparing pink rice. 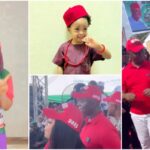 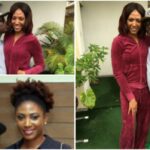