Former Big Brother Naija housemate, Ifu Ennada, has announced that she is looking for a rich sugar daddy to foot her bills.

She accompanied the post with a racy picture of herself in a shower. Ennada listed some qualifications which the sugar daddy should have.

READ ALSO: BBNaija’s Angel says it’s difficult for her to have only one boyfriend

“(He) must be very wealthy, tall, fit, eloquent and stylish. Must be ready for a relationship without “sezz”. I’m a “virgin”. Must give me a monthly allowance of at least 100k USD. Must give me password to his phones, social media and must also give me his ATM Card Pin.”

The reality star also noted that the man must be someone who is faithful, loyal, respectful and honest.

She ended by saying nobody should ask her what she’s bringing to the table because she just wants to enjoy life.

In another news, BBNaija 2021 former housemate, Tega Dominic, caused a commotion on social media after she said she wanted an unmarried male companion as a close friend.

She also stated that she would like to have kids with her male friend and even share a bank account with him, but she would not like to have a marital bond with the person. 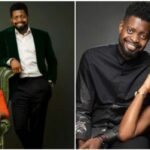 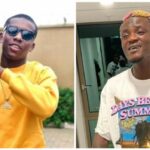