Nigerian rapper Skales has played snippets of his unreleased track where he said he didn’t know he was married to the devil.

Although the rapper did not elaborate, it appears he was referring to his troubled marriage with his wife, Precious Hassanit.

In a clip on Instagram, Skales also played some parts of the track where he eulogised his late mother.

However, in a part of the song, he stated that someone who could have saved his mother from dying disappointed him.

‘‘Disappointed by the one I called fam(family). This wasn’t no love, it was all for the gram. How can you be so insensitive, you could have saved my mama’s life. You were ten minutes away from the crib,” he sang in the track.

Skales described his late mother as a queen, saying it was said that he would never hear his mother’s voice again.

Meanwhile, the rapper has been in the news after his separation from his wife, who he has consistently accused of being a bad woman.

But Precious, on the other hand, has yet to address the allegations made against her by Skales. 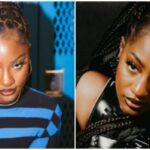 Singer Tems reveals the kind of lover she wants
Next Article 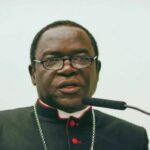 Kukah: Nobody’ll force a presidential candidate on Christians in 2023