Nigerian actress, Monalisa Stephen, has made it clear that she is not ready to date a broke guy judging by her recent statement on social media.

The social media influencer has stated in a video that she only pays attention to men who drive good cars, suggesting that she is out of the league of any man without a car.

“Look at that car, If you don’t have a good car don’t say hello to me because I’m going to ball this December, I don’t care about all the badness flying around, I’m going to ball,” she said.

However, Monalisa’s statement has attracted backlash from social media users who condemned her for making such an utterance.

Iteegoigbo said: “If we talk now. You go come online say we de bodyshame you. But you de car-shame us now.

Mhiz_tomi02 stated: “Until they use you for ritual You don’t care about the bad news flying around you want to ball, okay oo baller. 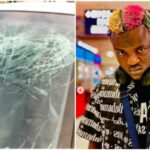 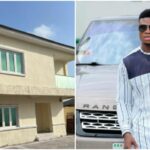