Human rights activist, Ann-Kio Briggs, says Ijaw youths will not vote for the presidential candidate of the All Progressives Congress (APC), Bola Tinubu.

Briggs stated this while reacting to Tinubu’s consultative visit to former president Goodluck Jonathan in Abuja on Tuesday.

Tinubu spearheaded the alliance with General Muhammadu Buhari that led to Jonathan’s defeat in 2015.

“I will tell the APC/Tinubu for free that if Ijaws vote for him, it will not be at a level for him to claim victory in Ijaw nation. He cannot hate Ijaws in 2015 and expect Ijaws to vote for him in 2023. Jonathan is an Ijaw son and man, but all Ijaws are not Jonathan,” Briggs said.

“Ijaw youths are not going to eat the corn and groundnut you are offering, we have enough plantain, fish and all the oil and gas we need to import all we want to eat,” the foremost environmentalist declared.

Briggs accused Tinubu of deploying both human and material resources to ensure Jonathan’s defeat at the poll. 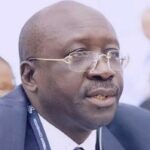 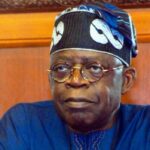