Nigerian actress, Empress Njamah, has refused to allow her leaked video scandal to get the best of her.

Her ex-lover recently leaked a private video of her online. He was reported to have created a WhatsApp group where he added multiple people and began posting videos he took of Empress in her house without her knowledge.

However, the actress seems unfazed about the incident. In a new video shared on Twitter,

she assured her fans that she was alive. Empress also stated that she’s excited to be finally free from her blackmailer.

Meanwhile, the actress has claimed that she was coerced to make the recent engagement video that has gone viral.

“He wrecked me, finished everything. This person I’m telling you actually got a ring and forced me to do a video, which he posted on my page because he has access to my page,” the actress stated.

She said the man came into her life when she was vulnerable and took advantage of her situation by scamming her and subjecting her to degrading treatment. 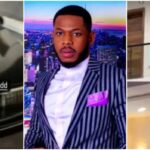 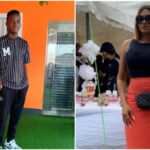