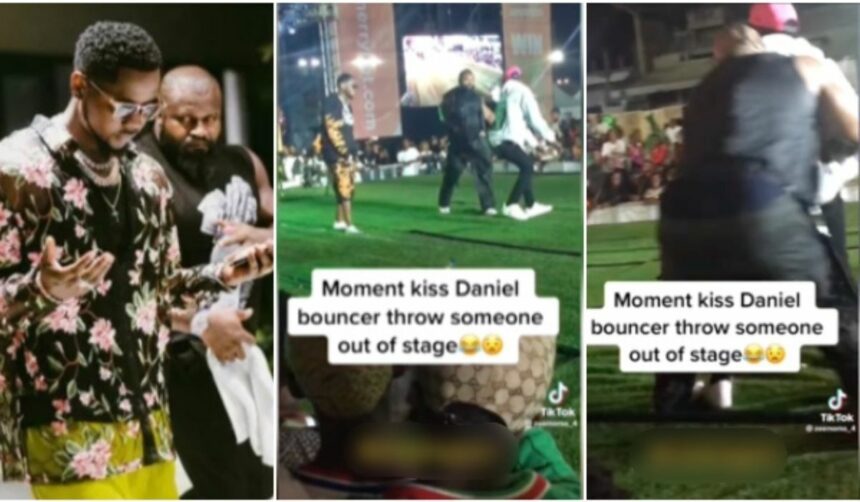 A man who invaded the stage when Kizz Daniel was performing got more than he bargained for after he was violently flung-off stage by a bodyguard.

A video on Instagram showed Kizz Daniel singing his hit single ”Odo yewu,” to the cheers of the crowd.

Then a man dressed in a white shirt and black jeans jumped on the stage, dancing to the tunes of the music.

A bodyguard later came to usher the man away from the stage, but he kept dancing. His actions angered the bodyguard, who grabbed him from behind and flung him off the stage.

In another news, while Kizz Daniel’s new single titled Odo is enjoying popularity across the country, an upcoming Nigerian rapper named 60wrap$$ has accused his senior colleague of stealing his song.

60wrap$$ alleged that there were glaring similarities between the lyrics of one of his tracks and that of Kizz Daniel’s.

READ ALSO: Kizz Daniel and I are the only Nigerian artists that have no bad songs – Johnny Drille 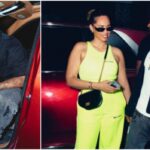