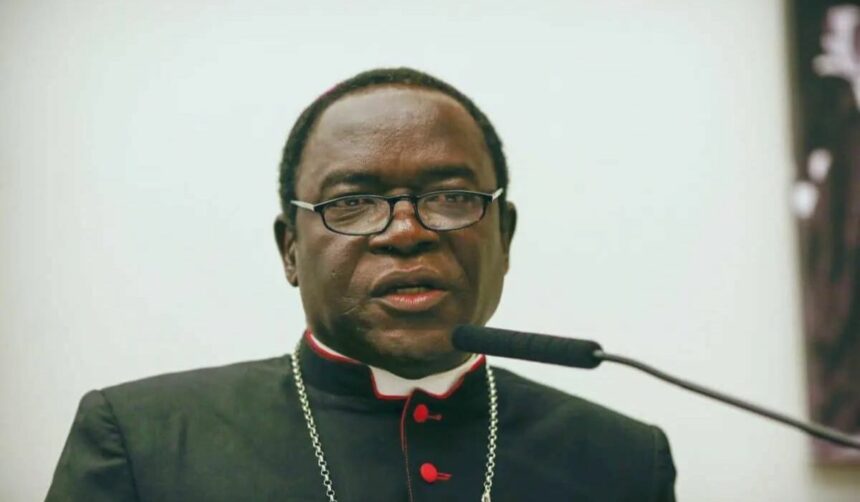 Reverend Matthew Kukah, the Catholic Archbishop of Sokoto Diocese, has advised Christians to elect a competent leader during the 2023 presidential election.

Speaking at the 2022 Church Leaders Summit in Yola, Kukah noted nobody can possibly sway Christian votes for a particular candidate during the forthcoming general elections.

He urged Christians to set aside emotions while making their choices on election day.

“After all we’ve been through in Nigeria, we must avoid a mentality of ‘us versus them,” Kukah said.

“Nobody is going to force you as a Christian to vote one way or the other.

“For me, I don’t see how any Christian – I’m sorry to say – should be worried about the choice that a political party has made. Whatever decision any politician makes, they will live with the consequences,” he added.

Atiku Abubakar of the Peoples Democratic Party (PDP), Bola Tinubu of the All Progressives Congress (APC) and the Labour Party’s Peter Obi are the three top presidential candidates in the 2023 elections.

“I never knew I married the devil” – Singer, Skales speaks on his troubled marriage
Next Article