The senior pastor and general overseer of Omega Fire Ministries International, Johnson Suleman, has claimed that some pastors distanced themselves from famous gospel artist, Sammie Okposo when he was alive.

The cleric made the claim when he reacted to the death of the gospel artiste via his Twitter account on Friday, November 25.

He questioned why religious leaders were posting pictures of Okposo after his death when they abandoned him during his trying times.

“Now they post his pictures…but never reached out in his trying times… He told me what pastors did to him and we both wept… Love has left the church… We have more ‘lawyers’ who are ready to judge than intercessors ready to restore. Rest in power my brother.. You conquered!

Meanwhile, Sammie Okposo’s family has confirmed the singer’s death. The family stated that the singer’s burial would be communicated to the public soon. 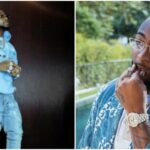 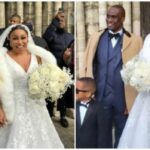