Popular cleric and spiritual director of Adoration Ministry, Reverend Father Ejike Mbaka, has dismissed comments allegedly made by him against the presidential candidate of the Labour Party, Peter Obi.

Mbaka made the disclaimer in a video on the ministry’s AMEN official social media accounts on Wednesday.

A section of the media had claimed that Mbaka, had at a church service, said Obi would not win the 2023 presidential election.

Describing the comments as satanic and nefarious, Mbaka noted that he did not mention Obi’s name throughout the said church service.

“I, Rev Fr Mbaka on that Sunday never mentioned Peter not to talk of Obi. Please whoever is being used by the devil to blackmail me in the name of doing any job for anybody is satanic and should apologize. Withdraw such nefarious, and satanic utterances and be careful when you want to harm the image of a man of God” the cleric said.

Mbaka further called for an end to the protest at the church premises since he was transferred to the monastery.

“I have not asked anybody to protest for me. The protest or demonstration geared towards helping me may jeopardize my priestly call,” he said.

The Catholic cleric has been away from the public after controversial comments against the Muhammadu Buhari-led government over three months ago.

Mbaka had accused the federal government of inflicting hardship on Nigerians through some of its policies.

In turn, the presidency said Mbaka’s anger was due to the non-approval of contracts for some contractors he came with to the villa. 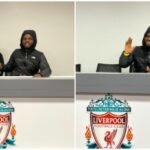 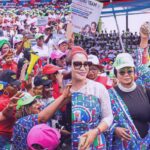