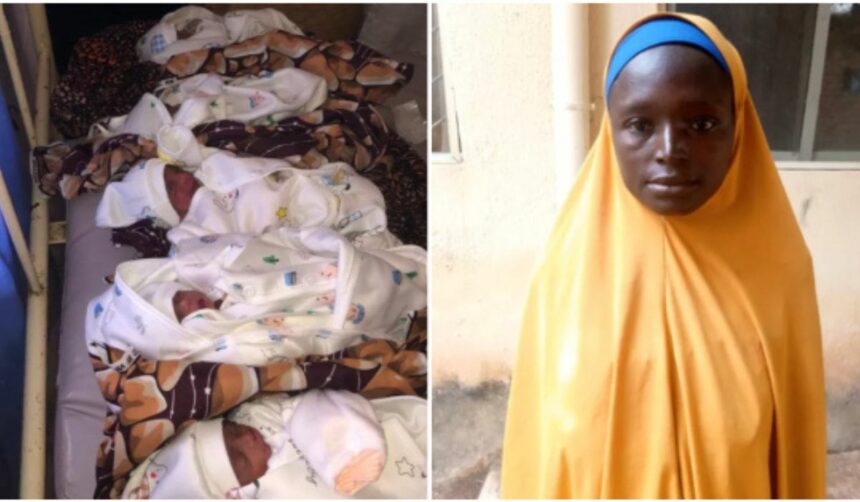 A Nigerian woman from Katsina state who has been referred to as one of the most fertile women in the country has given birth to quintuplets.

What is more surprising is that Shuaibu told the BBC Pidgin that she birthed the quintuplets at home just like she did with her other children.

“Na for house I born, na afta dem carry me go hospital wia dem infuse blood for me and tell me to rest, all my previous births too na for house. All my children na for house I dey born dem without single operation,” she said.

However, after two of the children died, the nursing mother was taken to the Federal Medical Centre Katsina with the other surviving children for proper medical care.

Shuaibu Umar na Hajara, the woman’s husband, has pleaded for government assistance. He disclosed that his income as a farmer is not adequate to take care of his large family.

When asked if she will still bear more children, Hajara said everything depends on God’s plan for her.

“Na God get everything if e don tok for my destiny, say I go born again, e go happun,” she stated. 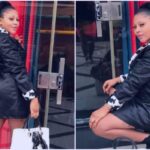