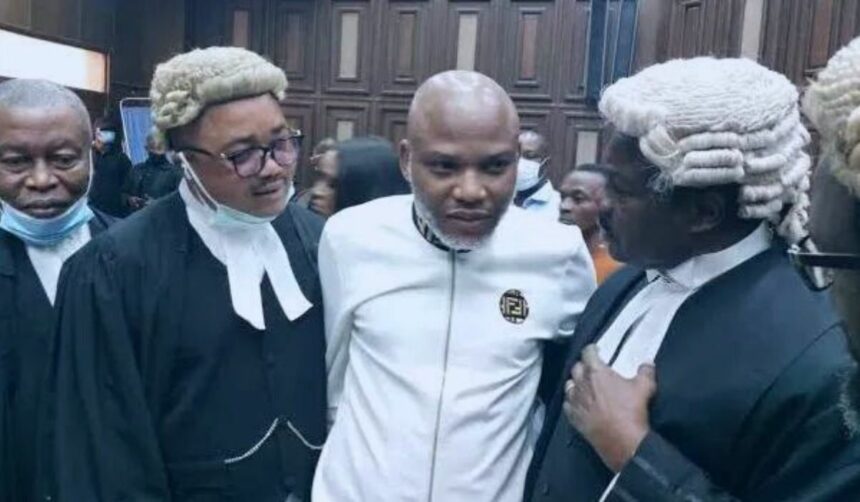 The Council of Traditional Rulers in the southeast region are demanding the immediate release of Nnamdi Kanu, leader of the Indigenous People of Biafra (IPOB).

This was contained in a statement on Tuesday signed by Nnaemeka Achebe, chairman, Anambra State Traditional Rulers Council.

Recall that the Court of Appeal had ordered Kanu’s release faulting the way the IPOB leader was arrested and brought into Nigeria from Kenya.

However, the Attorney general of the federation and minister of justice, Abubakar Malami, said Kanu still had a case to answer for jumping bail and leaving Nigeria.

But the traditional rulers and religious leaders have welcomed the court judgement and are asking the federal government to release Kanu immediately.

“We welcome this judgement and assert that the wisdom of the Appellate Court presents a timely and unprecedented opportunity to overcome the challenge of trust that has obstructed the path to peace; and opens the window to winning the hearts and minds of the people,” the statement reads.

“We therefore unequivocally support the call for the immediate release of Mazi Nnamdi Kanu in line with the unanimous judgement of the Court that his extradition and subsequent trial were illegal, and the lower court had no jurisdiction to hear the case,” it added.

‘PDP, others wasting their time’ – Wike endorses Sanwo-Olu
Next Article