Peter Obi, the presidential candidate of the Labour Party, says he has nothing to do with the viral manifesto linked to him and being circulated on social media.

Obi noted that the document in circulation is a draft of his manifesto that was released before the final touches.

The Labour Party flagbearer stated that he would make his official manifesto for the 2023 presidential election public in the coming days.

“We have not formally released our Manifesto. I will do so personally,” Obi declared.

“It seems an earlier draft copy under review has made its way into the public space. Until I release the approved and final draft, please disregard what is being circulated,” he said.

The former Anambra state governor had earlier announced that he had a deal with aggrieved governors elected on the platform of the Peoples Democratic Party (PDP).

“The only deal I have with them is that they are passionate about Nigeria,” Obi said during a recent visit to Benue state. 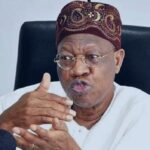 Lai kicks as his ministry gets 30% budget cut
Next Article 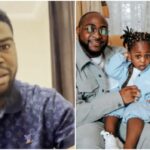