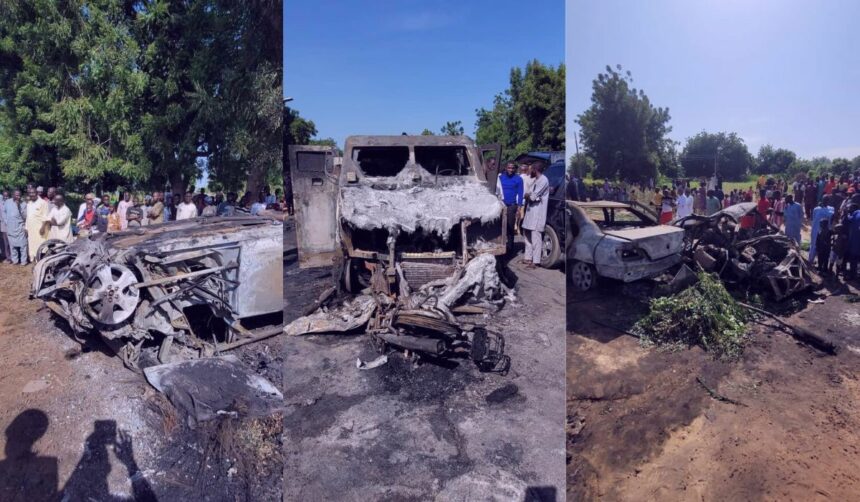 Three policemen have died in a road crash involving a fully loaded bullion van and another vehicle in Kebbi state.

In a statement on Thursday, September 29, Abubakar said the bullion van had collided with a Toyota Carina E loaded with petrol.

According to the Police spokesperson, the Carina E was attempting to escape following a hot chase by a Nigeria Custom Service patrol team over the consignment in the car.

“On getting to Jeda village, the Carina E car had a head-on collision with the Bullion van, as a result, bursting into flames and consumed three other cars,” the statement reads.

“Consequently, a total of five vehicles and one motorcycle burnt to ashes, six people including three policemen also died in the inferno.”

Abubakar noted that the state commissioner of Police has since paid a condolence visit to family members of the deceased.

Knocks for Tinubu over absence at peace accord ceremony
Next Article