Just when everyone thought they had seen it all, socialite Pretty Mike, stocked another controversy at Don Jazzy’s mother’s burial ceremony in Lagos.

Pretty Mike who is renowned for attending ceremonies in outlandish attires graced the occasion in the company of ladies wearing pants with a resemblance of male genitals.

However, some Nigerians on social media criticised the socialite for arriving at the venue of a burial in such manner.

I don’t know if it’s only me, but when this guy does these things it disgust me. Like I don’t find it funny one bit. Thought some people look up to him as ‘egbon, an infuriated Twitter user with the handle @esther eretan, said.

Another concerned Nigerian, @Adeiza911, suggested that Mike could have arrived the venue in a more creative attire to honour Don Jazzy’s mother.

He said: “Some people are not creative at all ….he could have just dressed these girls in a beautiful and decent gown, with the image of Don Jazzy’s mum on it. It would have been a memorable one for jazzy’s family.” 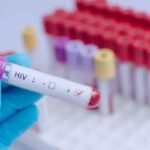