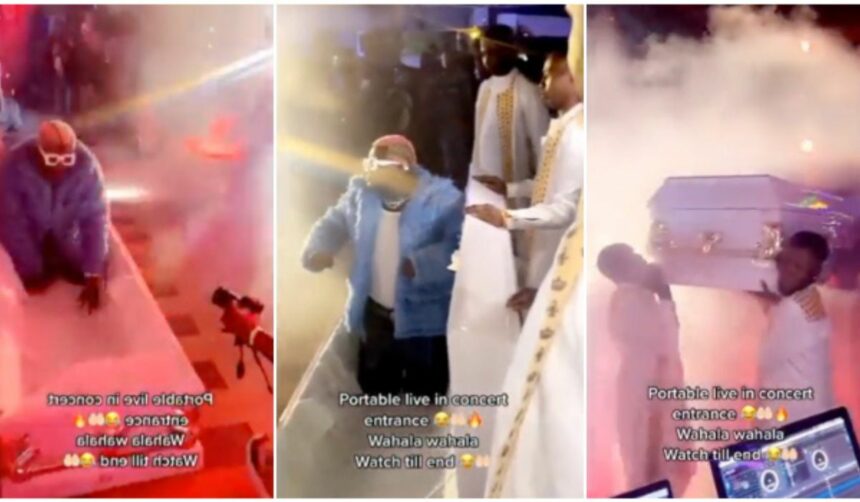 Nigerian singer Portable shocked fans at a concert in Lagos state when he arrived on stage carried in a coffin.

During the dramatic entrance, which was captured in a video, pallbearers clad in white carried the coffin with the Zazu crooner on it.

When they got on stage, they dropped the coffin, and Portable stepped out of it and began performing.

READ ALSO: Trouble as Portable allegedly knocks down woman with his car

Portable’s dramatic entrance has got the internet talking.

“This idea reeks of one event manager from the trenches. WTH.”

In another news, Portable has renewed his beef with Small Doctor after he accused the latter of envying his glory.

It is understood that the audience loyal to the Agege fuji pop musician considered his remark as a disrespect to the region. 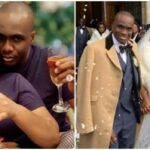 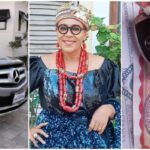