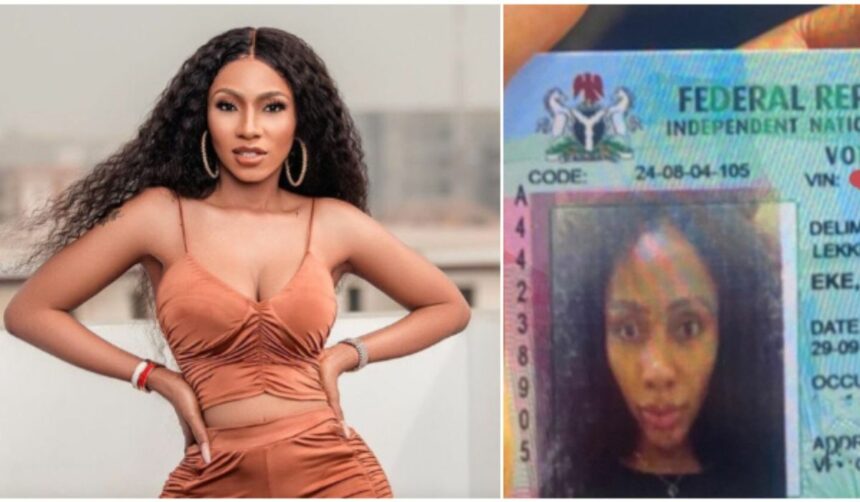 A former winner of the Big Brother reality show, Mercy Eke, has made headlines again after her voter’s card suggested that she is older than she claims to be.

The controversy surrounding her age began after she shared a picture of her voter’s card on Twitter to encourage Nigerians to participate in the 2023 elections by collecting their permanent voter’s cards.

In the post, she wrote: “Collect your PVC. Nigeria will be great again.”

However, some observant Twitter users noticed that the date on her voter’s card suggested that she is 32 years old and 29 she claims to be.

Many who reacted to the issue have accused Mercy of lying about her age.

“Many celebs lie about their true age & they do it unapologetically, but it’s absurd cos aging is a blessing; At the end of the day they’re only deceiv!ng themselves. Anyone lying will eventually get caught up in his or her web of lies. People should learn to live their truths.”

“She’s not the first person to do it and she won’t be the last. Men do it too. Societal pressure. She will be alright.”

“That’s the thing with lying you have to cover ur tracks otherwise ur nyash will just be open  now imagine if she had said the truth.”

Meanwhile, Mercy Eke has described relationships between housemates as a big scam.

The reality star, who was once in a relationship with Ike Onyema, also a former BBN housemate, made the statement during an interview with media personality Chude Jideonwo. 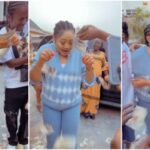 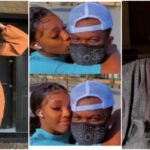