Aviation workers on the platform of the National Union of Air Transport Employees (NUATE) have asked the Federal Government to remove an obnoxious clause from legislation that affects the sector.

The workers made their demands known during a nationwide peaceful demonstration on Monday, September 12.

NUATE President, Ben Nnabue, accused the National Assembly of “sneaking in” an obnoxious clause that prevents workers from embarking on strike into the document before handing same to President Muhammadu Buhari for assent.

“Sometime last year, we went to the national assembly to amend the act establishing the agencies so that it would be more progressive. There was one obnoxious clause that talked about trade unions not going on strike,” Nnabue told TheCable.

“We were shocked that before they sent it to the president for assent, those clauses were maliciously inserted. So, we have to fight for them to remove it. That’s the whole idea.”

The union maintained that if its demand is not met before the expiration of the ultimatum, it would embark on a nationwide strike. 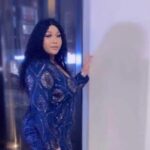 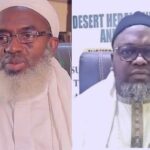