Nigerian actress Dorcas Shola Fapson has alleged that her ex-boyfriend, singer Skiibii stole her phone, laptop, Watch, and other valuables during their vacation to Zanzibar.

She made the claim in a recent interview with the media personality Chude Jideonwo. The movie star, who is also a professional DJ, explained that she had multiple bookings in Uganda and thought of visiting Zanzibar with her ex-boyfriend.

Dorcas explained that she paid for Skiibii’s ticket since he could not afford it alongside that of his manager and his wife.

She alleged that after they lodged in a hotel, she and Skibii shared a drink, after which she woke up in bed with her valuables including $10,000 gone.

Dorcas stated that Skibbi claimed that his wristwatch and chain too were also stolen.

The DJ however, stated that she realised her ex-lover stole her valuables after she saw him wearing the same wristwatch he claimed was stolen.

READ ALSO: “I was giving him money” – Actress Dorcas explains why she dumped her singer boyfriend, Skiibii

In another news, Dorcas Shola Fapson has claimed that her ex-boyfriend, singer Skiibii used Juju on her during their relationship.

“That was not love, sis, that was Jazz, Juju, my eye don clear. I’m a good person; I try… If I should start to talk omo,” she said when Toke asked her why the relationship failed,

Fapson, who has been calling out her ex on social media, justified her constant verbal attacks on him. 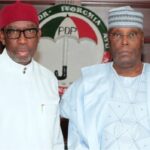 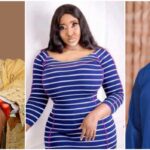