Singer Yemi Alade and a troll got into a heated exchange on social media after he berated her music.

The exchange between the singer and the man erupted on Twitter after she accused some musicians of using streaming farms to promote their music.

She commented when supporting a claim by another singer, Blaq Bones, who said some musicians who use streaming farms would be exposed soon.

Yemi stated that the claim by Blaq was valid.

“Never saw a ” realler ” tweet! Somebody pls frame this tweet for me. I want to hang it on my wall,” she said.

However, a troll responded to her comments by asking her to make good music and not just nursery rhymes.

The singer did not appreciate the comment and asked the man to make his music.

The man replied by saying his music was better than hers.

“I can show you music that is way better than yours, it just because you have the right platform. So don’t feel you are too good”

Yemi Alade became angry by his response, saying Thunder will locate the troll.

“Thunder go locate you if you don’t stop this rubbish. I have been on the Road for 7 years. I repeat get your facts rights. this is my job. it is not a game,” she said. 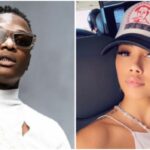 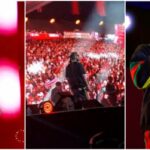 Kizz Daniel trills over 50,000 fans with Buga song at World Cup in Qatar