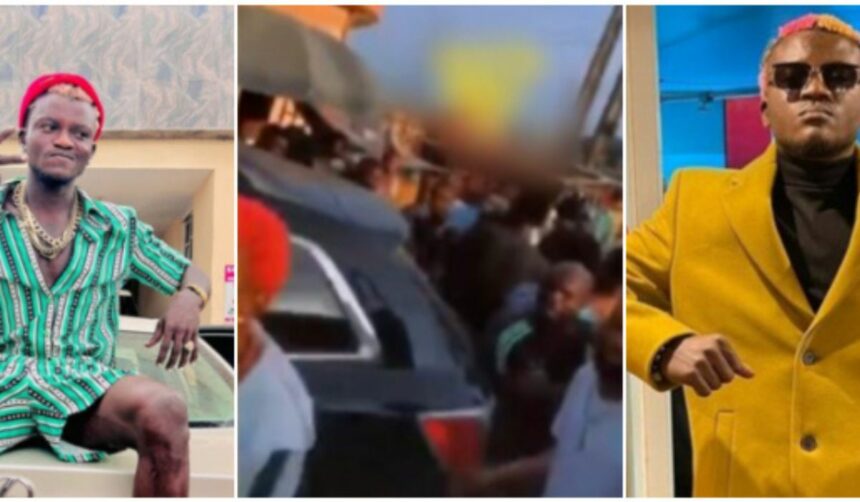 Emerging reports claim that singer Portable hit a pedestrian with his car while driving in the Ipaja area of Lagos on Friday, December 2.

A video which emerged online showed the singer pleading with a lady said to be the victim of the accident.

At press time, News.ng could not confirm how the matter was resolved.

Meanwhile,  Portable has complained about the current petrol scarcity across the country.

The musician who drove into a petrol station to buy fuel in a recent video disclosed that he could not turn on the air conditioners in his vehicle because there was insufficient petrol.

Portable, who blamed the Nigerian government for the petrol scarcity, said he was affected by the situation.

In another news, Portable has called out his fellow musicians Ruger and Buju (now known as BNXN), saying both singers should come to him for coaching lessons.

“You make me feel like a princess” – Regina Daniels celebrates billionaire husband, Ned Nwoko
Next Article