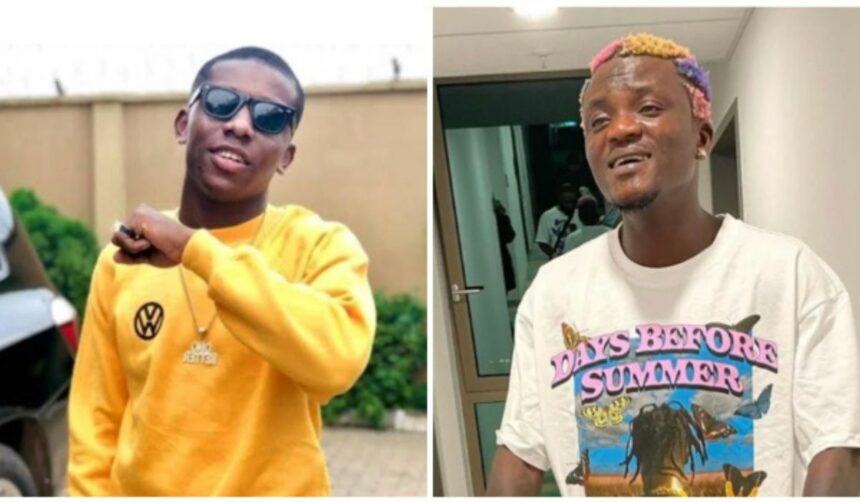 Nigerian singer, Portable, sparked another controversy after he was seen raining curses on Adekunle Temitope, popularly known as Small Doctor, in a rant on Instagram.

“Werey (idiot), he (Small Doctor) said they should strip me, that he will come and settle it. Ogun will kill you Small Doctor, I’m tougher than you….it won’t be well with you, where is your father’s house in Agege, I’m from Agege…I only ran away from home because of money, you sent Awawa boys to catch me…,” he said in Pidgin.

However, in a follow-up post, Portable said he and Small Doctor had settled their differences.

In another news, Portable has thrown a lavish naming ceremony party for his newborn son from his rumoured second wife, Keji.

In a post on Instagram, the singer was pictured sharing a happy moment with his lover Keji during the party.

A delighted Keji also thanked Portable for being there for her; she referred to him as a blessing in her life.