Nollywood actor, Yul Edochie, has faced a barrage of criticism after he made a video speaking about how to live a happy life.

In the Instagram video, the actor stated one of the secrets to living a happy life is to always be grateful for what you have no matter your present condition.

He said people who keep focusing on what they don’t have will never be happy. Yul urged people to be grateful for where they are and what they have achieved.

Even if it looks as if you’ve not really achieved anything or achieved much compared to other people, the fact that you are still alive, you are winning.

The actor stated that social media is putting many people under pressure, and he advised people to stop comparing themselves to others.

However, many social media users choose to focus on the actor’s personal life rather than listening to the advice.

Some commentators argued that if Yul had been grateful for his wife, May, he would not have abandoned her to marry another woman.

“Werey man @yuledochie you need better beating and deliverance, try dey live wetin u dey preach,, infact u be mumu if I be ur niece I for don give u knok for that ur shine shine head ode.”

“Coming from someone who was never grateful to God for blessing him with gentle woman and fine children,until he get himself into a mess that he stuck now

“You dey grateful na him you still fall out. dis country taya me for motivation o.”

Meanwhile, Judy Austin, has celebrated her husband, Yul Edochie, to mark his birthday. She described Yul as a king in a post on her Instagram handle.

Judy, the actor’s second wife, referred to Yul as a man after God’s own heart.

In reply, Yul acknowledged the praises from his wife by commenting on the post. He thanked her for her kind words and prayers. 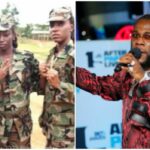 “I like her:” Singer Burna Boy shares his love encounter with beautiful Nigerian female soldier
Next Article 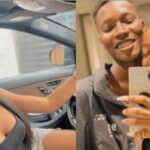