Speaking at a media parley in Port-Harcourt on Friday, Wike said Ayu allegedly received the sum of one billion naira from a presidential aspirant hopeful before the primary election but failed to remit the same into the party’s account.

“Ayu is very corrupt. I’m totally informed, “Wike announced.  “Will he deny the fact that he didn’t collect N1 billion from Lagos? He met one of the presidential candidates and told him that he was not sure if these governors may want to sponsor the party. That money did not enter into the account of PDP, “he added.

The Rivers state governor said Ayu manipulated the delegates lists during the PDP presidential primary for Atiku Abubakar to emerge as the party’s flagbearer.

“There was nothing Ayu didn’t do, manipulation of delegates list… A whole national chairman threatened some of the presidential aspirants at that time that if Wike wins, he was going to resign,” he said.

Wike disclosed that he turned down the senate ticket offered to him by Bola Ahmed Tinubu, the presidential candidate of the All Progressives Congress. 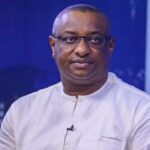 Keyamo reveals when Tinubu will grant live interviews
Next Article 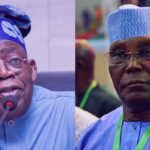