Minister for Works and Housing, Babatunde Fashola, has cautioned Nigerian students against protesting on federal roads.

Fashola was reacting to a recent protest by some National Association of Nigerian Students (NANS) members on the Lagos-Ibadan expressway.

“I also heard that some aggrieved students under the aegis of NANS are going to the road to protest. My respectful view is that it is not helpful at all to the citizens,” Fashola said.

“The right to protest is a very well-protected right in our constitution, but it does not include the right to inflict pain and inconvenience on other people.

“And so, whilst the protests can go on, they should refrain from blocking the road in order to do their protests. That in itself is a violation of law,” the minister added.

The Academic Staff Union of Universities has been on strike since February 14, 2022.

The union has asked the Federal Government to meet all terms in the 2009 agreement. 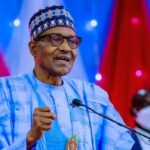 Buhari: My govt has done extremely well despite scares resources
Next Article 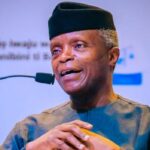