Afro-hip star, Wizkid has promised that his fans in Lagos will no longer pay to see him perform at shows

The singer made the promise on Saturday, December 24, at the Flytime Fest Starboy Live which took place at the Eko Convention centre.

He stated that his fans have given him over the past 12 years, saying it’s unfair to do several shows around the world and then come back home, and his fans would still pay to see him perform after all their support.

Meanwhile, Wizkid has dispelled reports about a breakup with his lover Jada Pollock after he made public his loved-up photos with her.

The singer had caused a stir on social media after he said he was single, prompting rumour that he had separated from his fiancé.

However, recent photos shared by the singer on Instagram showed the two lover birds having a romantic moment.

In another news, Wizkid has apologised to his fans in Ghana over his failure to attend a concert in Accra.

The singer, in a message via his Twitter account on Sunday, February 11, said he had been looking forward to attending the show.

He however explained that his decision not to attend the event was done to honour his fans.

Wizkid explained that some safety and production issues prevented him from performing at the show. 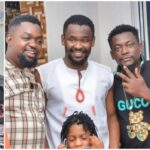 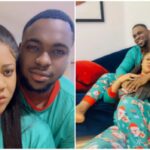