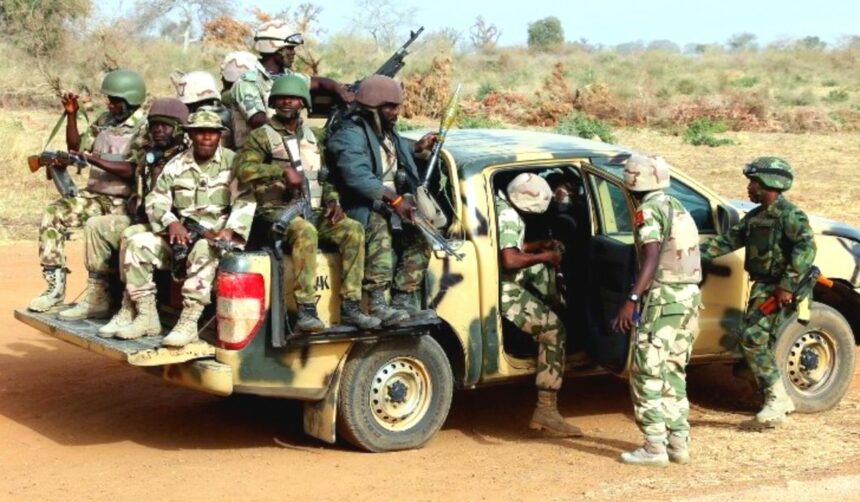 The Nigerian military has uncovered a terrorist’s hideout in Dei-Dei, a suburb of the Federal Capital Territory and Gwagwalada Area Council in Abuja.

Eight suspected terrorists were arrested during the raid conducted by the Guards Brigade.

“During the raid operation, eight suspected terrorists were arrested, 5 AK47 rifles and 3 pump action guns were recovered, while large quantities of items suspected to be cannabis Sativa, 3 machetes, knives among other items were also recovered.”

This arrest is coming after various intelligence reports of planned attacks on the FCT.