The Academic Staff Union of Universities (ASUU) has suspended its eight-month-old strike.

ASUU had called for an indefinite strike on February 14 to press home its demand for better pay welfare for members and improved funding for public universities in Nigeria.

Several meetings between the leadership of ASUU and the federal government ended in deadlocks, leading to an extension of the strike action.

The Speaker of the House of Representatives, Femi Gbajabiamila, then met with relevant stakeholders on the matter in a bid to resolve the issues.

Gbajabiamila appealed to ASUU to end the strike while assuring stakeholders at the meeting that the resolutions would be transmitted to President Muhammadu Buhari for his consideration.

In his Independence Day address, President Buhari appealed to ASUU to end the industrial action for the sake of Nigerian students.

In a statement at the end of a prolonged National Executive Council (NEC) meeting on the night of Thursday, October 13, ASUU president, Professor Emmanuel Osodeke, announced an end to the strike action.

According to Osodeke, the decision was based on the interventions of President Buhari and Speaker Gbajabiamila.

While calling for the resumption of academic activities across all campuses, Osodeke noted that the demands of the union had not been satisfactorily met.

Recall that the National Industrial Court and the Court of Appeal had ordered ASUU to return to class with immediate effect. 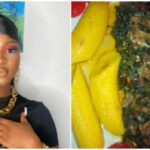