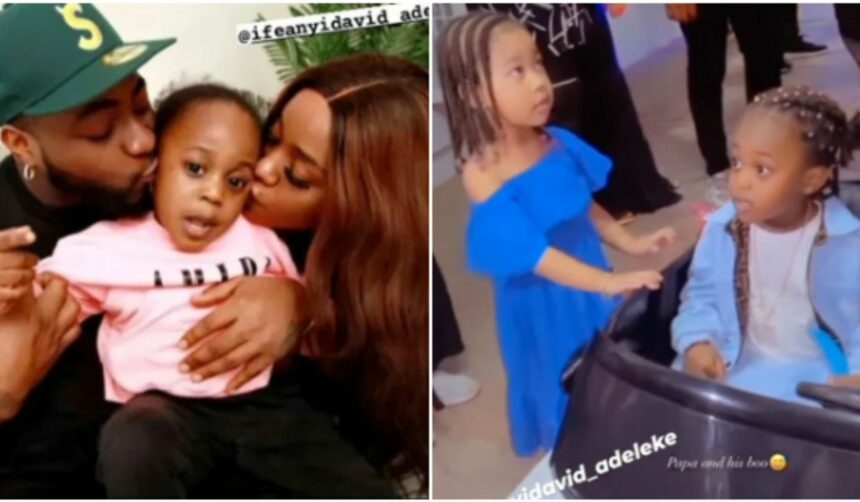 Davido and his girlfriend, Chioma Rowland, have shown how much they cherish their son, Ifeanyi, by hosting him at a lavish birthday party.

Ifeanyi, who recently turned three, was celebrated by his parents, family, and friends at a porch event on Sunday, October 23.

Videos posted on the boy’s Instagram account, ifeanyidavid_adeleke, showed the kid having a good time at his party.

In one clips, papa, as he is nicknamed, was seen flanked by two beautiful little girls during a photo shoot.

His father, Davido, reacted by hailing his son for being in the company of two cute ladies.

“Only you two,” Davido said jokingly.

However, Ifeanyi, who seemed unbothered by his father’s comments, kept having a good time.

But some social media users reacted to the clip by saying their son was trying to emulate his father.

In another footage, the young boy was seen wearing what seemed to be an expensive chain while a guest wished him a happy party day.

“I no go school, but I get US dollars” – Singer Portable flaunts cash he made from performance
Next Article 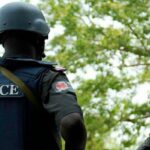 Police reacts to US terror alert in Abuja