The chairman of the Zamfara State Committee on Prosecutions of Bandit-Related Offences, Abdullahi Shinkafi, has accused lawyers and judges of protecting armed bandits from unleashing terror on Nigerians across the country.

According to Shinkafi, for legal proceedings, bandits should be executed upon their arrest.

“The major problem we are having is from the security agencies and the judges and lawyers who are protecting these criminals.” When you arrest a bandit with 11 AK-47 rifles, what evidence are you waiting for? He needs to be sent to his creator,” Shinkafi said.

“When an armed bandit was caught in an act, killing people and you are waiting for investigation, what are you investigating for? Send him to his creator,” he added.

Reacting to media reports on the repentance of notorious bandit, Bello Turji, Shinkafi called on the kingpin to publicly surrender his weapon.

“As far as I am concerned, I know that he has embraced peace, but I cannot say that he has repented because if he has repented, he has to surrender all his arms and ammunitions, come to the government and submit his arms like what other repentant bandits did,” Shinkafi said according to ChannelsTV. 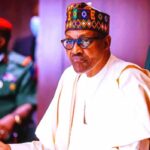 Abacha Loot: Buhari’s govt set to receive $23 million from US 
Next Article