Nobel Laureate, Professor Wole Soyinka, says he does not care if the president and his vice are from the same village or belong to one religion.

In an interview with ChannelsTv, Soyinka said Nigerians should be more focused on the competence level of candidates vying for political office.

“I don’t give a damn if the president, the vice-President, the speaker, etc all come from the same village, they have the same religion, they belong to the same tribe,” Soyinka said.

“As long as the capability of the individuals who are into governance is proven, and it is quite clear that there is no alternative, that is my position,” he added.

Soyinka holds the opinion that the same faith ticket proposed by the ruling All Progressives Congress (APC) would be widely accepted by Nigerians.

Recall that the 88-year-old dramatist recently distanced himself from a song allegedly mocking the presidential candidate of the APC, Bola Ahmed Tinubu.

Soyinka, who described the now-viral song as distasteful, noted that it was wrong to mock someone on the grounds of ill health. 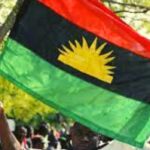