The Minister for Education, Adamu Adamu, says that there is nothing wrong if some Nigerians decide to study in other countries.

Adamu made this comment while speaking on ChannelsTV programme, Politic Today, on Wednesday.

It has been reported that over 75,000 Nigerians are studying in most other African countries.

But according to the minister, the trend does not affect Nigeria’s reputation in any way.

“Going out to study can never be a problem to anybody,” Adamu declared.

“It is not a bad reputation in the sense that people going out to study is not a bad thing. The only thing you have to say is that our universities should try to attract students so that instead of money going out, money will come in,” the minister added.

Meanwhile, the Academic Staff Union of Universities (ASUU) has said that it would not call off the ongoing strike until all its demands are met. 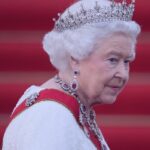 Queen Elizabeth dies at 96
Next Article 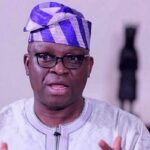 Fayose: PDP crisis will be resolved before 2023 elections