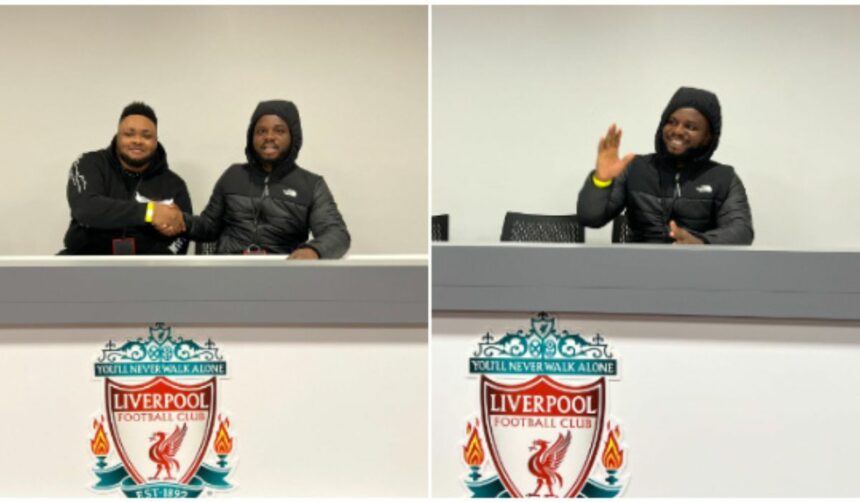 Popular comedian Sabinus has got several Nigerians talking on social media after he claimed to have signed a football contract with Liverpool Football Club.

Sabinus, who is currently in the United Kingdom, announced via his Twitter handle that he is the new number 9 of the English Premier League club.

“Signed and sealed! Sabinwa No 9”, a tweet from him read.

The tweet was accompanied by a photo of him sitting on a high table bearing the Liverpool logo.

The joke by Sabinwa has gone viral already, with over 4k retweets and over 41k likes.

Read some of the funny reactions to the comedian’s tweet below:

‘’Liverpool sign Sabinwa, which means Haaland is now the second best No 9 in the league.’’

“Liverpool have no chill whatsoever. They signed Nunez for €100m and, after flopping, they immediately went for the 19-year-old Nigerian superstar, Sabinwa” 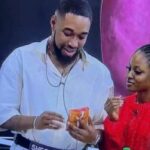 BBNaija: I can’t confirm that Sheggz and I are still together – Bella says
Next Article