Governor Samuel Ortom has said that Benue State will support his colleague, Nyesom Wike of Rivers, regardless of the consequences.

Speaking at a reception for five governors elected on the platform of the Peoples Democratic Party (PDP) in Makurdi, Ortom said Wike stood with Benue during troubled times.

According to Ortom, Wike rallied both human and material resources for the state during disasters.

“He (Wike) committed money, then it was N250 million. I remember High-Level Main Market got burnt, Governor Wike heard about it, we did not make any demand, and Governor Wike came and donated N200 million,” Ortom said.

“I remember when Katsina Ala Market got burnt, Governor Wike came and donated another N200 million. Subsequently, the money he has committed is over N700 million for our IDPs. Is he not a friend enough that we should work with?

“We have never had it good. He was the same person who was able to convince our colleague and brother from Akwa-Ibom State who also donated N200 million. Then the governor of Taraba State donated N100 million to our IDPs.”

In his remarks, Wike reiterated the commitment of his group towards a better and more prosperous country. 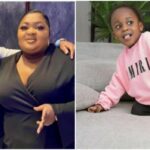 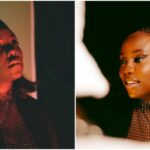